Highway 89 Media is one of the top Video Production Companies in Utah. We have been creating award-winning video productions for over thirty years for a wide variety of clients across Utah and the nation. We are filmmakers and marketers with the knowledge and experience to bring your ideas to life.

We will learn both your audience and your message… and take them to heart. From that understanding will come a targeted video that connects with your audience… ripe with the creativity and technical excellence that are our hallmarks.

At Highway 89 Media, we are proud of every piece of work we produce, and we make sure that our work gets results. It’s art, combined with vision, and commerce. Let us help you create……. 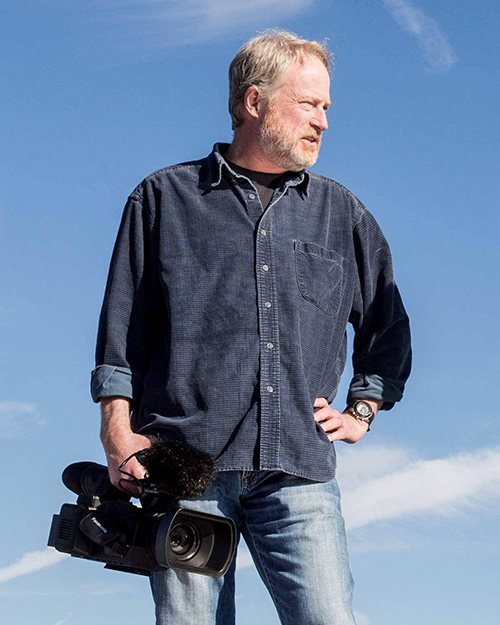 DO YOU HAVE A STORY TO TELL?

Eric Temple is a filmmaker, writer, photographer and editor who has made a career in non-fiction media. Eric has produced and directed everything from commercials and corporate videos to award-winning PBS documentaries and TV series. He has worked with a who’s who of celebrities and dignitaries, including actors, musicians and political figures. Eric is a jack-of-all-trades who knows what it takes to create an effective video production. If it involves visual media, Eric is your man.

Linette Shorr is a design genius who has made her mark in movies and television, as well as graphic design and art direction. As a production designer, Linette has won acclaim on numerous movies and television projects. Her first feature film was Raising Arizona. She went on to serve as the art director for the film unit at Saturday Night Live, worked on the Sopranos and has been the production designer for critically acclaimed independent feature films. She has also produced national television commercials and worked as a hand model for Mattel’s Barbie commercials!

Chad Nelsen is a skilled editor with a degree in Digital Media and Cinema Production from Utah Valley University. He caught the movie bug early in life, especially editing, early in life and has been doing it ever since. Chad is a natural and has the ability to find the perfect visuals to tell a great story. He enjoys spending time in the mountains and deserts of Utah with his wife, Amanda.